The Grand Prince of Velikye Byelgorodniya, Dmitry IV Dmitrovich of the House of Mikhailov, Duke of Kapusta Zemlya, Count of Novi Byelgorod, Hereditary Hetman of the Cassock Horde, and Grand Master of the Order of the Golden Cockerel, wishes to apprise his fellow sovereigns of his wedding anniversary gift to his beloved wife, Her Royal Highness Grand Princess Olga Anastasia Nikolayevna of Velikye Byelgorodniya, Duchess of Kapusta Zemlya, and Pfalzgräfin of the County Palatinate of Standarten-Pudel.

Let it be known that our Most Noble Grand Prince has bestowed upon the Grand Princess the Honorary Colonelcy-in-Chief of the 1st Novi Byelgorod Grenadiers, a title in his gift. 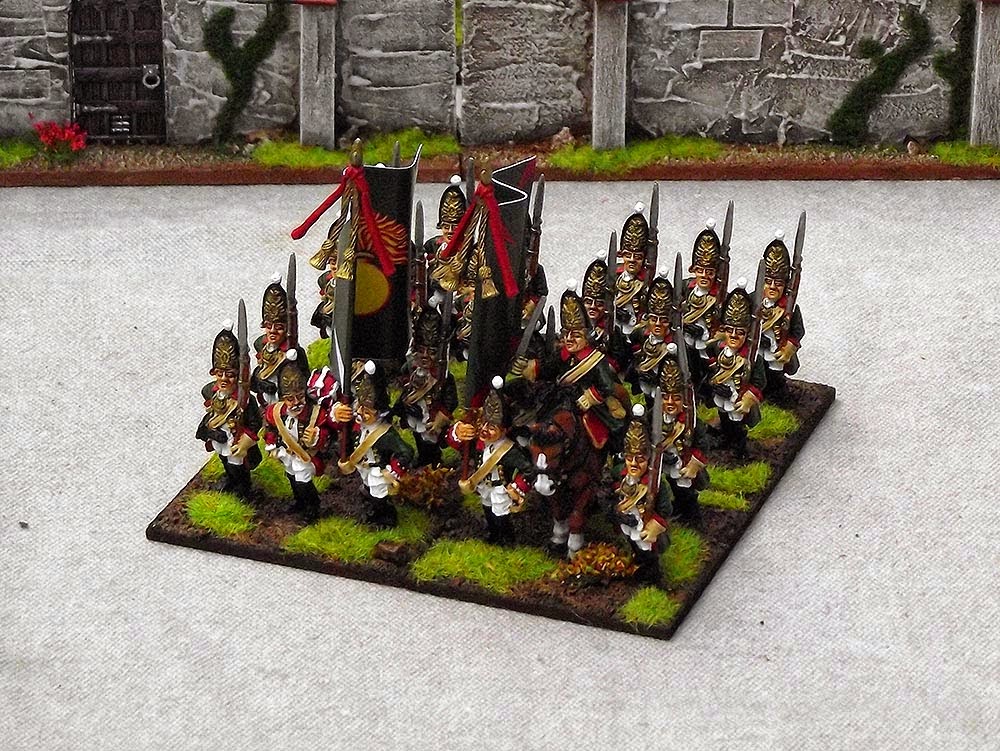 The Regiment will henceforth be known as The Grand Princess' Own 1st Novi Byelgorod Grenadiers.

May Our Friends Take Heart and Our Enemies Tremble!
Posted by Evan Hughes at 6:52 PM 7 comments:

Anyone out there willing to sell me a few Spanish leather soldiers mounted and or dismounted?
Thanks
Alan

Posted by tradgardmastare at 9:14 AM 5 comments: