The Vales of Lyndhurst

The rumour that an 11 year boy living in Lyndhurst may be a great-great grandson of  Charles I seems to be spreading. In a country run by a Council of Nobles, the sudden appearance of a new Royal line is welcomed by some and feared by others.

The Peers and Nobles within the council are already making choices even though the existence of the young Royal is still only known by a few.

http://valesoflyndhurst.blogspot.co.nz/
Posted by Anonymous at 11:29 PM No comments:

Your Help Is Requested


The Erbprinz Friedrich Karl of Hesse Seewalt humbly invites the other Electors of the Realm to travel to the virtual of city of TMP, where there is being held, the annual elections of the Best Historical Miniatures Range for the Year 2011. Your journey will begin by clicking on the link provided below:

The Royal Haberdasheries of Hesse Seewald have developed and clothed a new range of figures/uniforms called:

Fife & Drum Miniatures. These are a new style of uniforms suitable for both the New World and Olde Europe for Imaginations armies, as designed by the famous sculptor, Sir Richard Ansell, the Earl of Minden.

The Erbprinz would be most grateful if the assembled Electors would click on the link above and cast their vote for the Fife & Drum Miniatures range of figures. There are two rounds of voting. The first round narrows the field down to the top 5 ranges, so we have to generate enough votes in the first round to make it into the finals.

If you have previously purchased Fife & Drum figures or have admired them from afar, then the Erbprinz would be very greatful for your support and vote in this election.

There is also a final vote on the Best Historical Figure for 2011. Someone has graciously nominated the Fife & Drum Militia Officer (A1 - stock number) and your vote for this figure would also be graciously accepted.

Please note that the voting ends on January 3, 2013 so there are only a couple more days of voting left.

Many thanks chaps for the advice re Rafm,Minifigs and Dixons - I will have a look today.
I am looking for a specific figure in 25/28mm -  a French officer in indian kit,stripped to the waist wearing his gourget  round his neck.Do any manufacturers make such a figure?

Posted by tradgardmastare at 1:05 AM 2 comments:

The Vales of Lyndurst

This is a new Imagi Nation story relating to the story of Lyndhurst County in Mid 18th Century England, it is an England that has not had a Monarch for a hundred years and is ruled by a dysfunctional Ruling Council of Nobles.

Yet amongst this chaos, from the Vales of Lyndhurst comes rumours an 11 year old boy with a lineage back to Charles I has been discovered.
Some of the Nobles will undoubtably wish to proclaim him King, while others will want him dead, this is the story of the Anders family and their efforts to protect him.

http://valesoflyndhurst.blogspot.co.nz/
Posted by Anonymous at 12:13 PM No comments:

Happy Boxing Day all!
I wonder if anyone could suggest manufactures of French Indian Wars figures compatible in size with Rafm figures? I found some today and thought I could use them for Tomahawks and muskets...
many thanks
Alan
Posted by tradgardmastare at 4:42 AM 3 comments:


We received our first appreciable amount of snow last evening in Hesse Seewald, so even though it was but a slight dusting of the white stuff, my thoughts are turning to the Leuthen campaign in December 1757. I was scrolling through my iPhotos archives and found some nice pictures that I took of the Leuthen game that Bill Protz and I ran at the Seven Years War Association convention in 2010

I have also been reading Charles S. Grant's "Wargaming in History - Volume 4" covering the battles of Hastenbeck, Rossbach and Leuthen of late. I carry a copy in my brief case and read it during my one hour train commute from Hesse Seewald to Potsdam, which I do every day.

I really enjoy the way that Charles tackles the subject matter: starting with a brief historical overview of the campaign, an order of battle for the actual forces and another OB that downsizes the historical forces into a manageable pair of wargame armies, and then finally, a summary report of the battle. Of course, each battle is illustrated with wonderful color pictures of Charles wargaming armies and I do enjoy the pictures of Charles' "big battalions"  (53 infantry figure battalions and 24 cavalry regiments).


I know that it is probably too late to order a copy of the book in time to place it under the Christmas tree this year, but if you do not have a copy then take it from me, you will truly enjoy Grant's presentation on how to bring these large battles into the home as easily played wargames. More later...
Posted by Der Alte Fritz at 5:25 PM 2 comments: 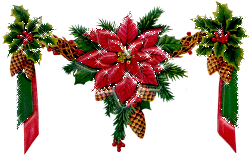 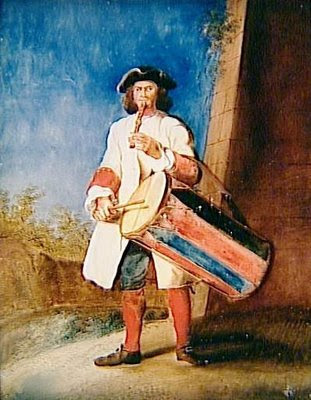 Mesdames et Messieurs, meine Damen und Herren, Signore e Signori,  Señoras y sSñores Ladies and Gentlemen of Europia.  The Bishopric Egghünt is to become vacant, the Bishop elector Rollo Hershzy is near death and the Wholly Roaming Emperor and the Papersee are to renege on a solemn promise made to the Hugenose in the Treaty of Westfailure

War is looming between that Cataholic/Wholly Roaming Empire instrument of war  von Goutstricken  unt defender of Prosterident freedom von  Muchhousen. Undoubtedly the looming kaotic nature of the conflict threatens to draw in the Raugraviated von ze Tittanmuff and the Erzherzogin.

Due to their somewhat nooboorish nature the preliminary details are not within the scope or the command of technology of the two von's to be a record of that august recorder of events known as blogger. They are however attempting to utilize the Odd Fellows Lounge to journal the preliminaries and I will be making notes of the campaign in the Hesse-Kassoulet Kronicle as time permits. Both of the belligerents are old campaigners yet new to our way of war and I hope you will join us in following the manoeuvring both diplomatique and on the field of Mars.