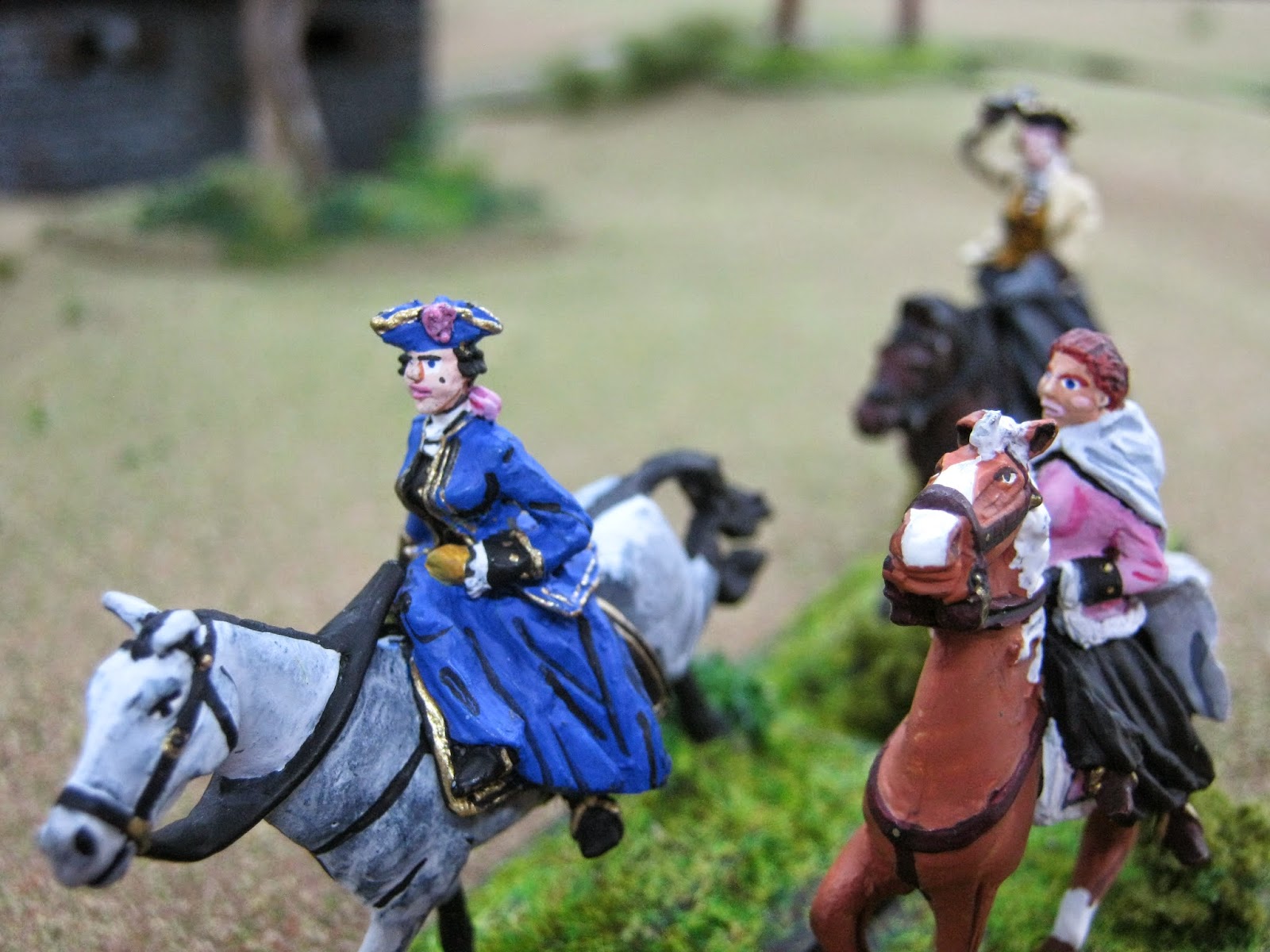 Lady Belle Silhouette (pink): "Diana! What are you doing?"

Lady Diana Pettygree: "You'll see my dear. Hurry or all will be lost!" 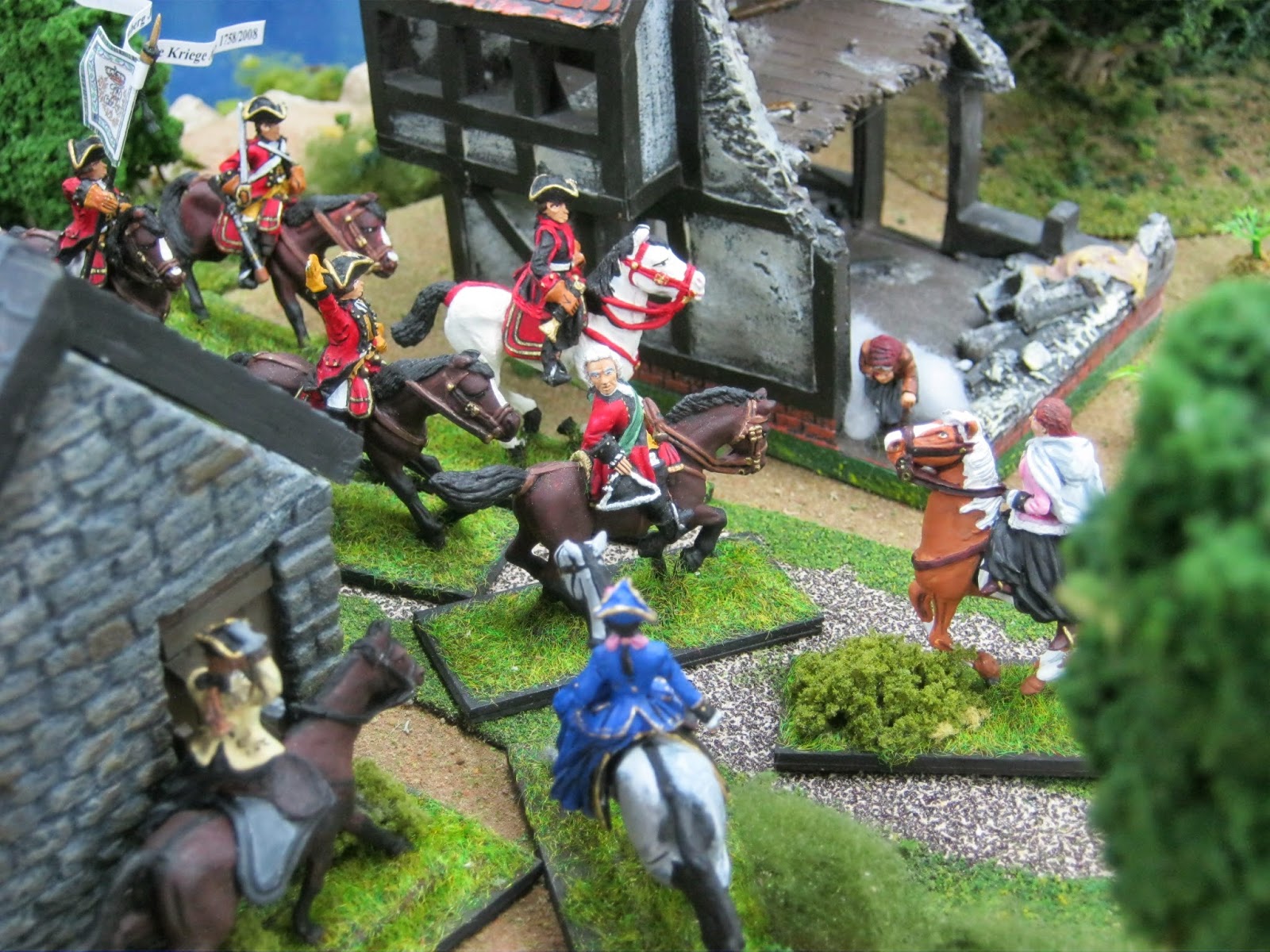 Colonel Beckermann: "Halt the column! Ladies, how may I be of service?"

Diana: "Captain, we beg your assistance or we will be lost. You see...."
-----
Please repair to the Campaigns in Germania to find out more. Lots more.

Much of the interaction amongst our Imagi-Nations a number of years ago was driven by the "vile Stagonians".  They were a rather nasty country always looking to do cruel things to other states.

They were my "counter" to my Principality of Saxe-Bearstein . . . and truth to tell they were a lot of fun to play.  However due to my health issues (and the fact that I can no longer access them since Bloggers takeover by Google) I can no longer act as the "bad boy".

So who will step up and become the "villain" of EvE?  They don't have to be your main established fictional state . . . remember that there is always room in our fictional world for more Imagi-Nations.  I can assure you that playing the villain can be a blast.

PS,  Also there need not only be one villain; there can be several . . . are you up to the challenge?

Gears are grinding into movement...

...and shedding their rust in the Syldavian blogosphere.  I'd like to draw your attention to a long-awaited AAR, enumerating the results of an action at Olbernhau, south Saxony, in August 1813.  The post previous to that is the description of the scenario.  For whatever technical reason, updates to my blog are not being  picked up as 'new posts" by Blogger at the moment.   Things have been terribly slow chez moi regarding games but not quite as slow as Blogger suggests!  This action was part of the Campaign of Nations run by MurdocK of MurdocK's Marauders, and the first encounter of the Allies and French in the Dresden theatre.  A series of battles have since been played out around the town of Marienberg, as well as Berlin, Bautzen and Luckau.  Shortly, I'll add shortly a new AAR for a small cavalry action (Sept 2 1813) near Zwickau, in the rear supply lines of Marienberg.

EDIT: It seems I have repaired the problem the resulted in the invisibility of my previous few posts!  Hooray!
Posted by Jiminho at 12:33 AM 4 comments: 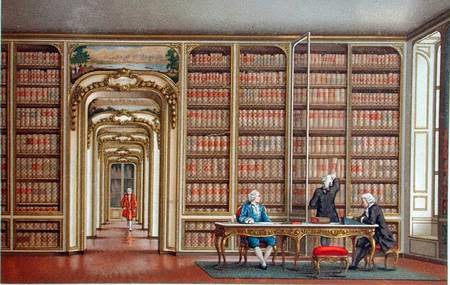 The Duke of Tradgardland invites suggestions for gaming interactions and amusing conceits from his fellow 18th Century rulers...
Posted by tradgardmastare at 11:46 PM 3 comments:

Random Comments About E vs E:
-----
WARGAMES
It helps to have wargame campaigns generate diplomacy, mischief, battles, before and after effects and consequences. How many wargames are played by each of us that apply to the mid-18th C. or any wargames at all? I'm guessing few. I hope I am wrong and am politely corrected. Campaigns can be made up as one goes along such as Hesse Seewald vs Gallia or highly structured. For me, my painting, diplomacy, and inspiration drop way down when there are few 18th C. games. How about you?

Also I believe this: When we stop painting for a wargame time period, we stop gaming that time period.
-----
FRANKZONIA
Arthur got very sick about four years ago; broken leg followed by something he called a flesh-eating  whatever. Aweful! He was prolific and fun. Attempts to write to him at his last known snail-mail address did not result in replies so I fear the worst. Anyhow when Gallia invaded Germania years ago, Frankfurt Am Main became my magazine. Lo and behold it was Arthur's capital of Frankzonia! From there he and I went "wild" I suppose with intrigues, plots and characterizations. I miss Arthur as do some of you who remember him I am sure.

I did a proxy battle for him 4-5 years ago too.

Arthur?
-----
TRADGARDLAND
Alan and I were messing around in the New World and someplace in northern Europe. I drifted off the reservation. Alan what happened to us? It was fun. Hesse-Seewald even sunk one of my ships in a Tradgardland port causing all sorts of writing, new characters and imagineering here.
-----
WANDERING OFF THE RESERVATION
Jean-Louis is right, I wandered off with General Pettygree, Expedition to Alexandrapour and some other things. We all do that and need to but I prefer the 18th C. over anything else bar none. BAR could be a pun!
-----
MY PARDS AND RESTARTING THE SYW
Our regional pards are creaking along getting the SYW Cycle II started. ( A second SYW!) In January 2014, the Saxons somehow got out of Saxony and in this month there were three weeknight sessions to finish a small F&I game. I wrote about none of these on the Germania blog and I suppose I should. I have some nice images to do that. On May 3, 2014, we will assemble for a first battle in Western Germany - Westphalia to get underway there. Hesse-Seewald LOOK OUT!!!!!!!!!!
-----
ALL THINGS COME TO AN END
I check in here daily and would be disappointed if we do not rise again - one more time.
-----
Respectfully,
Bill P.
Gallia and Raschstein

PS
Marshall Broglie, Lt. Gen. Chevert, Colonel Enigma, Lady Diana Pettygree and others do not want to pass into distant history just yet. 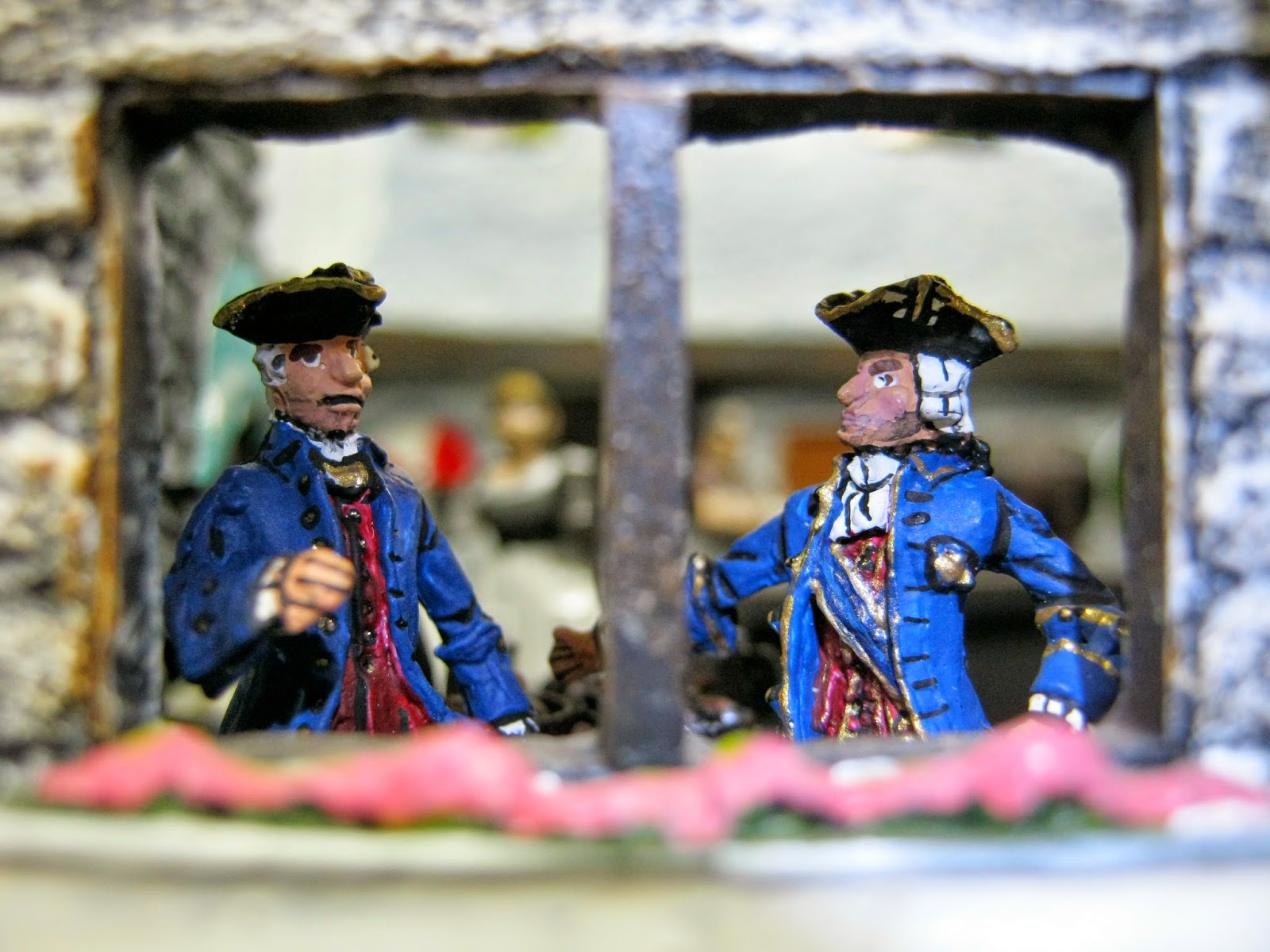 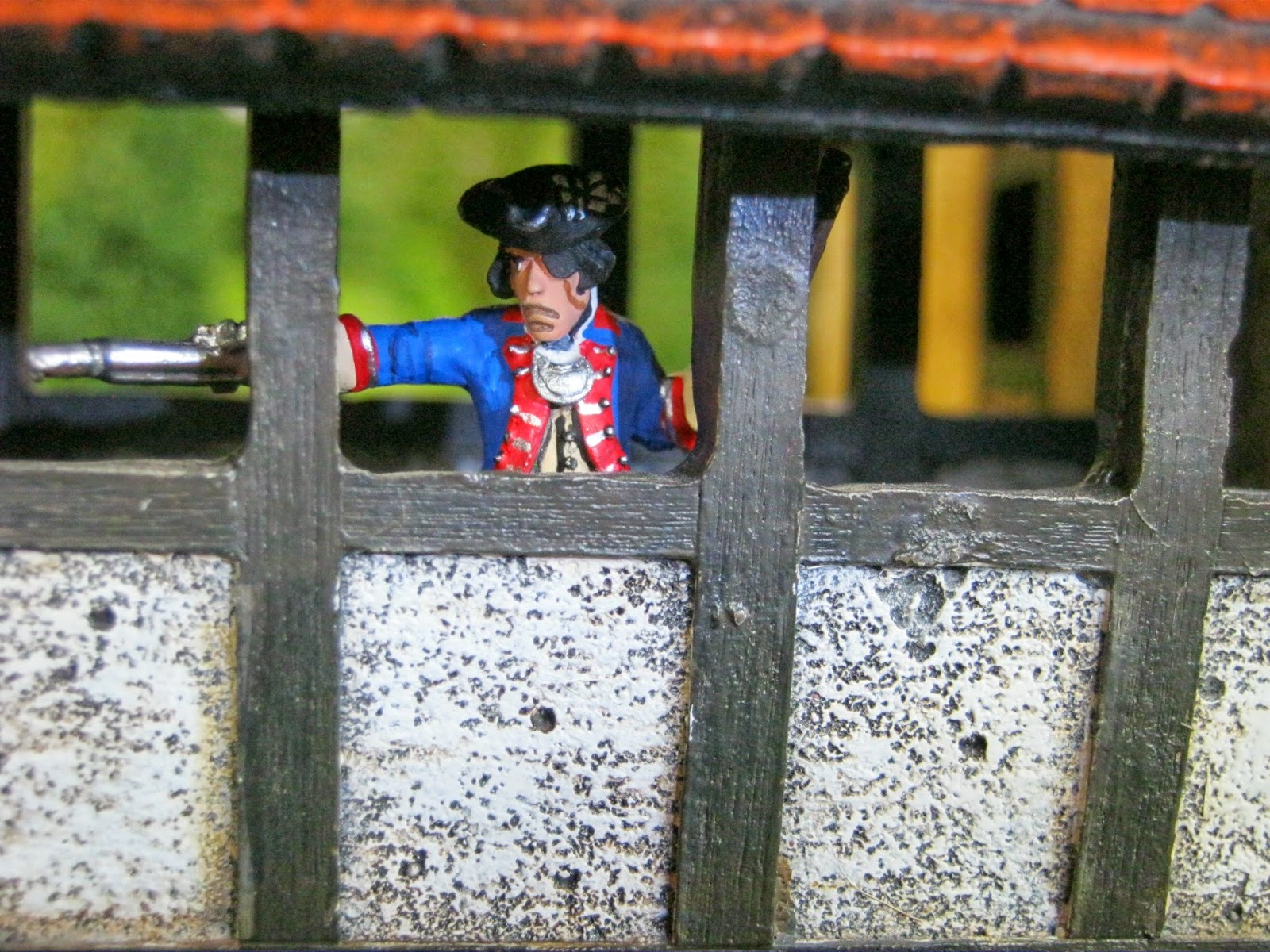 Colonel Enigma: "Was it YOU who stopped and wandered off the reservation Bill? Anyone else?"
Posted by Gallia at 3:50 PM 3 comments:

I commented on Tradgadmastare's post about the decline of interactions between 'EvE' members (simply reflecting the steady decline of activity on 'EvE' itself: 463 posts for the 8 months of 2007, 358 in 2008, 322 in 2009... 31 in 2013) and its possible causes - including 'external' and general ones: that this 'disinterest' follows the ongoing 'Crisis' since 2008 is probably not coincidental.
Thus it may be due for a part to the 'activity' required from the participants when 'The Real World™' imposes its own, harsh, requirements.

Yet some forms of friendly interactions are not very time-consuming. Outside shared or proxied military campaigns or battles the exchange of ambassadors and medals, for instance, or the 'gift' of characters (with or without their miniature, as for the EvE 'Stuart new Rising'), or the Grand Tour of Eveurope by the Reich Duke of Beerstein.
The 'lightest', yes potentially gratifying for all those involved, is when a character or place created by an 'EvE' member is mentioned by another Imagi-Nation ruler, specially if part of a 'story telling' approach. The visits of Cardinal von Roskilde to Monte-Cristo (part of his own Grand Tour, entirely reported on 'Eve', and conclusion of it since the storyteller 'Herzog Ignaz' ceased to post a little later, so afaik the good Cardinal is still enjoying our hospitality).
(Actually the Presipality of Monte-Cristo was created for such visits: in the earliest days of 'Emperor vs Elector' it was proposed to the rulers of the contributing Imagi-Nations to engage in a play-by-email game of secret diplomacy and spying. Having just re-watched old James Bond movies mostly set in the Bahamas I created that monstrosity, a peaceful, officially demilitarized wargaming Imagi-Nation: a kind of Monte-Carlo (with some aspects -tax haven, specially- of Switzerland or at least Liechtenstein). A small emphatically neutral countries providing major powers with a convenient 'neutral ground' for secret diplomacy -and,of course a seething nest of spies- under the pleasant climate of the Côte d'Azur. With a spa and a casino as excuses to come and pleasant services to encourage to stay; its independence and neutrality also guaranteed by the fact that in all countries of importance (and most of others) people of influence and power have secret numbered accounts in the State bank.) 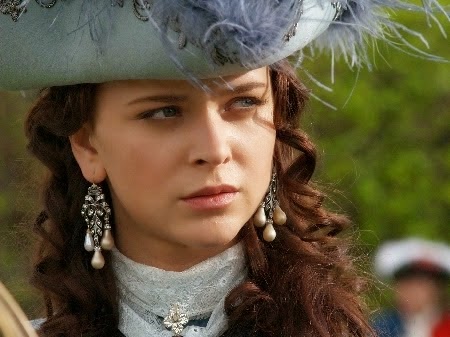 Such 'light', not time-consuming interactions (requiring only to toy with ideas and then posting them at leisure) can be fruitful to host and guest, specially if a part of RPG campaign (independent or ± parallel to a 'serious' military one); for instance by stimulating the development of the 'fluff' relative to the visited country. The visit of a Catalan representative to Monte-Cristo (& newer posts labelled 'Marquis of Vilana') led to the creation of a rich Monte-Cristan character, Claire Baizanville: she was invented by 'Soldadets' but her part in the 'RPG side' of the Defiant Principality campaign prompted me to develop her character and past -in comments on Soldadets' blog and on my own (in several posts actually)- which I greatly enjoyed.
Posted by abdul666 at 6:21 AM 6 comments: 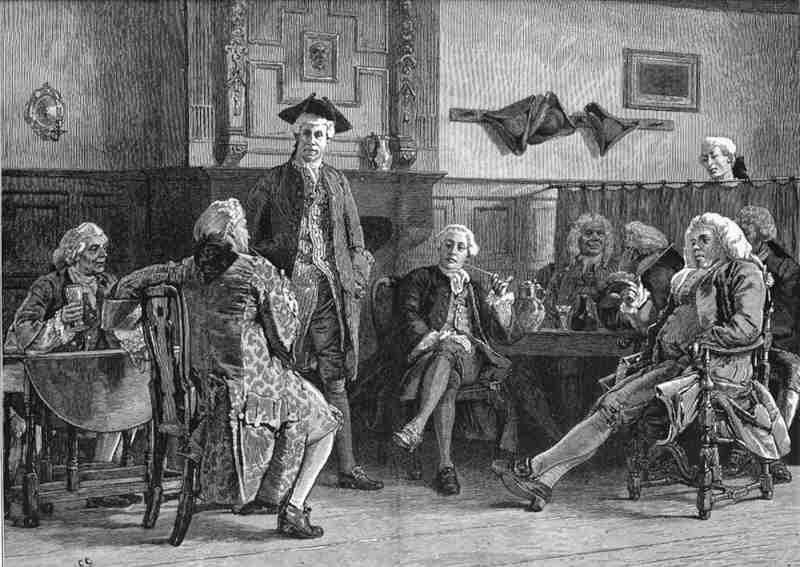 When I began blogging ,many moons ago here,there used to be a great deal of interaction between the imaginations.A map of Europe was drawn up,countries exchanged diplomats even fought!We seem to have lost that focus a little over time.I wonder if there is any interest in doing so again?
Posted by tradgardmastare at 12:34 AM 9 comments: