I have opened a forum site specifically  aimed at catering for the Imagi-Nation world and  it may be seen here
http://www.drunkendragoonproductions.com/18thcentimagi-nation/index.php 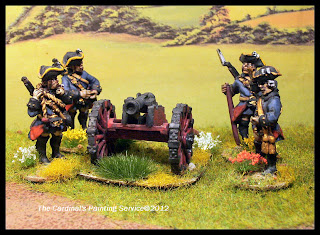 The passing of Mother

My Mother, Gladys Inez Kimble Murdaugh passed away this morning.
She was in her 83rd year and in failing health. My time has lately been spent providing for  her and not blogging.  She went peacefully and now my brothers and I will tend to her arrangement's . 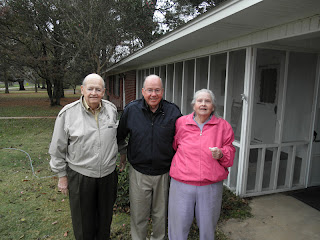 A battle of the WSS campaign we're currently running was fought on last weekend. Yet a pitched fight, results were pretty unconclusive, for night fell before the attacking Hispannic/Spanish army had the chance of exploiting a lately gap in Galatan/Catalan lines.

Battle gamed with 15mm miniatures using "Beneath the Lily Banners" ruleset including some optional rules, such as random events, limited ammunition and rapid fire. Must say we had a huge lot of fun at playing it, in spite of some vacillation in a few stages --due to our still imperfect knowledge of both period and ruleset itself. An illustrated after battle report has been conveniently posted at Defiant Principality's weblog.

News from the fight are likely to have some repercussion on the negotiations Princess Elisenda is currently holding at Versailles, for a separate peace with Gallia/France --not less than the news of premature death of Queen Anne of Brittannia, coincidentally happened that very same turn.
Posted by Soldadets at 1:12 AM No comments:

Hesse Kassoulet is proud to announce that a Who' Who of the Königsfamilie is being made public for the first time and is much talked about. Of course rumors abound about Königsfamilie and the citizenry often see them in the cities and estates so not much new for the H-K populace there. What is much more interesting is the planned 2nd and 3rd volumes these, it is rumored, cover  the military, state ministers and clergy (vol II)  followed by the the rich, influential and dangerous (vol III). As one wit was overheard to say "volume three will have 90 entries with the same ten faces."  As he has not been seen since making that observation one can only assume it to have a ring of truth.

I've just started posting at Defiant Principality's blog the first one of a projected series of posts, aimed at reporting the development of the eventual peace conversations between Gallia/France and Galatea/Catalonia, following an hypothetical preliminary agreement at Rastatt (late 1713).

As it becomes virtually impossible for me to assume both sides' roles (i.e. their eventual acceptable yieldings or respective 'red lines' in a negotiation), I've chosen to divide the event into several separate scenes. In each one, both sides explain their starting positions with regard to a particular issue. This is followed by some discussion and eventually a dealing proposal; but I'm not accounting any final agreement, thus leaving open the end.

My ultimate purpose would be accounting such agreement later, after considering readers' comments and reasonings. And I believe such inter-activity would be a nice approach to the real thing. Or, at least, some sort of not-so-usual musing in our hobby. This is why I'd like to encourage you all to drop a thought of your own in each proposed scene --and warmly thank in advance any one's.

[At this my first negotiations round, both sides have agreed a prisoners exchange, regardless of negotiations ultimate result --as a mutul sign of goodwill and eagerness to reach a satisfactory agreement. However, Gallian/French dignitaries are by no means unaware of the strong bonds of Galatans/Catalans toward Emperor Charles, that might get them military involved in adventures contrary to the interest of France. So that they've tried to get reassured about Galatan intentions by means of a similar military alliance to them. Of course, their Galatan counterparts are also willing of some reassurement face to an eventual Hispannic/Spanish rejection of the treaty. How to reach a satisfactory enough agreement?]
Posted by Soldadets at 4:14 AM No comments:

I don't know if its bad form, but in recruiting an Imagi-Brigade for my French army, the Corps du Vin, while my own Saxe-Märchen force and Imagi-Regiments (the Swiss Batalion Valais and the Pfalz-Wurstburg Kreis-Regiment Mosel) make up the bulk, I just had to have 2 units I have always like the look/sound of - the Arquebusiers de Bergerac of St Maurice (fits the wine flavoured theme of my army) and the Sarkozy Hussars of St Vignoble (more wine...).

I understand the French treasury has come to an amicable financial settlement, although if it's anything like Saxe-Märchen's experience, agreements were signed under the shadow of French 12 pounders...