Back in early February I issued a "Mini-Campaign Challenge" for short campaigns using Charles Grant's various Campaign Scenarios.  Today another mini-campaign has been added . . . so I am reprising the list so that all of us can re-visit them and give them a try.

The most recent offering (listed first below) is from Prince Lupus.

Below are links (in the blog name) to responses so far to my call for "Mini-Campaigns" based on linking scenarios from Charles Grant's "Scenarios for Wargames". 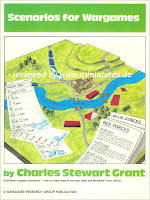 I would ask that if you play them, please post feedback on the creator's blogs . . . again, the URL links are in parentheses below.

Note -- I will continue to endeavor to add future "mini-campaigns" to this post as they arrive.

Prince Lupus (The Wars of Wine & Cheese) is our newest entry with his Imagi-Nation mini-campaign
Steve (Steve-the-Wargamer) set his three-scenario Mini-Campaign in 1705 during the War of Spanish Succession:
Peter Douglas (The Single Handed Admiral) set his "Barolo" campaign in an "Emperor vs Elector" setting:
Ross Macfarlane (Battle Game of the Month) set his "Comox Valley Campaign" in a Colonial (or Ancients) setting . . . but it could be played as Horse & Musket too:
Jim Pitts (Col Campbell's Barraks) has posted his "Linked Mini-Campaign" on his blog. Like most it has a flexible order, so don't take these scenarios as being in order.
Conrad Kinch (Joy and Forgetfulness) has posted his 1804 mini-campaign based on a British force in France trying to fight its way to safety with yet a different starting scenario. 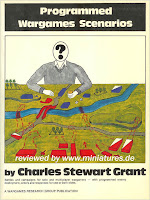 Dr. Vesuvius (The Axis of Naughtiness) used Grant's "Programmed Wargames Scenarios" for his "Continuing Diplomacy" mini-campaign for solo play!
Ross Macfarlane (Battle Game of the Month) has also posted a Horse & Musket mini-campaign for solo gamers using Grant's "Programmed Wargames Scenarios". Interestingly enough it also starts with the same scenario as Dr. Vesuvius' mini-campaign above . . . although it then proceeds differently.
Conrad Kinch (Joy and Forgetfulness) has also crated a "Table Top Teaser" mini-campaign using Charles S. Grant's original "teasers" as published in magazines back in the late 1970's. Fortunately Steve-the-Wargamer has (with permission) posted these online so that anyone can use them without needing Grant's later Scenario books.

Looking for a few more Followers

The elves are working on the moulds for the artillery equipment and crew, so it shouldn't be too long before they arrive across the pond from Old Blighty.

Next in the queue: Continental infantry in hunting shirts and tricorne hats (plus some head sprues so that you can make your own hat conversions).
Posted by Der Alte Fritz at 7:51 PM 2 comments:

No time for crying

Almost simultaneously to the dramatical military setback experienced at Montblanc battle --whose two parallel scenarios were proxy gamed and thoroughly reported at MurdocK's MarauderS blogsite--, the authorities of our what-if Principality have already started the process of raising a new regiment. This will eventually fill the void left by one of the two veteran units destroyed at Montblanc --albeit partially, for there's no real replacement for a lost tough, battle-hardened regiment through conscription... 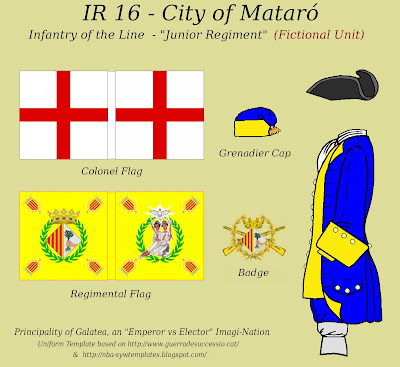 More details on the new unit in this posting. Comments and suggestions welcome!
Posted by Soldadets at 1:44 AM No comments:

The proxy battle for Defiant Principality has been played out and the AAR will soon be posted to MurdocK's MarauderS.
Posted by MurdocK at 9:30 PM No comments:

For full report see MurdocK's MarauderS
Posted by MurdocK at 3:57 PM No comments: