Flags of the Duchy of Bieberhof 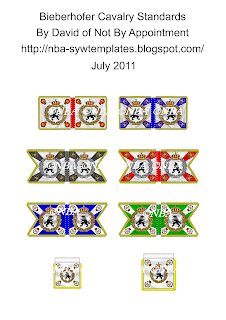 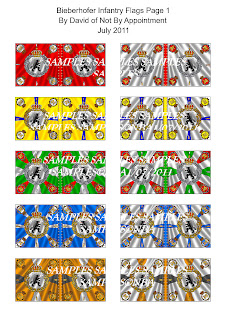 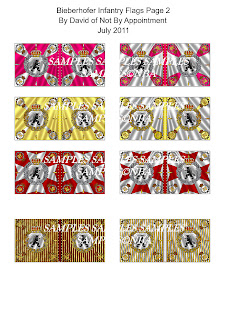 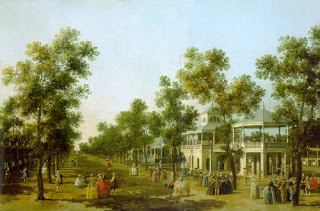 The Duke of Tradgardland invites all comers to sample the delights of his new Pleasure Gardens now open in Tradgardstadt. The Duke's inspiration comes from this magificant painting of the Vauxhall Gardens by the painter Senoro Canaletto ...

Ambassadors wishing an invitation to the opening of the new Gardens are asked to formally apply here - the Masque and accompanying pyrotechnical extravanganza takes place on the 30th of July. All are welcome to sample the Duke's generosity.
Posted by tradgardmastare at 11:40 PM 1 comment: 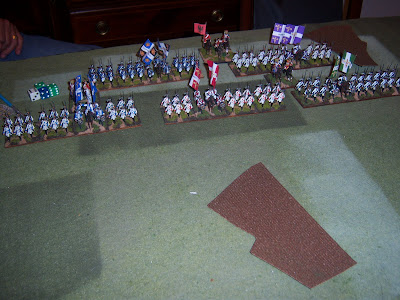 After weeks of maneuvers on the northern border of the Reich Duchy of Beerstein, Landgrave of Lorraine forces crossed into the Barony of Brewski and quickly captured the Heineken Abbey. Reich Duke Wilhelm was only able to muster a small force of two infantry brigades, a cuirassier brigade, the Holstein Leib Hussars, and the Slitz Artillery Battery to attempt to stall the Lorraine Advance. The first encounter at Heineken Abbey is posted on the Beerstein site.
Posted by Capt Bill at 5:28 PM No comments:

Besides the pictures posted on the Nomadic Old School Gamer's blog, a report from the Britannian commander has been posted on the Jackson Gamers blog of a July 2nd battle bewtween the Britanno-Hannuber army and the Gallian army using Lord Sterling's 15mm figures.


Additional pictures will be posted shortly.

EDIT:  And now have been on the Jackson Gamers web site.
Posted by ColCampbell50 at 5:20 PM 2 comments:

The Garden Wars have returned in 2011 and this is the first installment.

Read the AAR on MurdockS MarauderS
Posted by MurdocK at 7:44 PM No comments:

Bitten by the Raj bug.

I started another imagi-nation here is the link http://sunahraraj.blogspot.com/
Posted by D.P.D at 1:32 PM 4 comments: 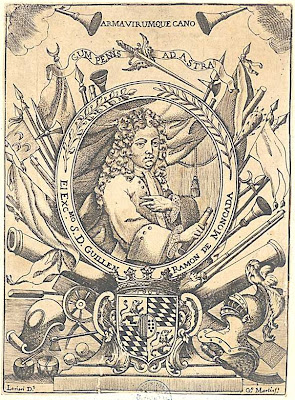 We've just dropped a new layer of complication to the Defiant Principality general plot, expressed by the addition of a new playing character whose role is likely to become key in the desperate war that rebel Principality is fighting against their powerful lord, King Philip V of Hispannia. This new character is Lord Guillem Ramon VIII de Montcada, Marquis of Aitona, Colonel of the Hispannic Guards Household Infantry and the main supporter of King Philip among the High Nobility of Galatea/Catalonia.

If our first storyboard layer consisted just of war of a minor Nation against a major Power, shown in a simplified and therefore, somewhat manichean point of view (the enemy are "the evil ones", you know), we later added a second layer on, intended to exploit future internal dissents (through a popular, republican party eventually confronted to the ruling class). Now, this new third layer is aimed at going further beyond, showing Hispannic internal tensions about the ultimate solution to be applied to the rebel Principality, as well as a new episode of struggle -this time, between the two most powerful nobiliary houses in Galatea/Catalonia: those of Cardona and Montcada, each of them siding to one of the WSS pretenders to the Hispannic Crowns.

If curious, you can read Lord Montcada's introduction into the story here: what-if-catalonia.blogspot.com/2011/07/new-supreme-commander.html
Posted by Soldadets at 2:58 AM 2 comments: