Due to an unexplained event, or events the web address of The Hesse Kassoulet Kronicles has been changed. The populace are in a state mass coniption having gone to bed the previous night aligned in one direction they have awoke to find themselves getting out of the bed in the completely other alignment!

Hesse Kassoulet can now be found in this alignment http://hessekassoulet.blogspot.com.au/
Posted by Unknown at 11:02 AM No comments:

I will not bore you with a re post, I simply wish to point out that due to google plus my usual blogger nom de plume has changed along with my profile picture. It was a bit of a shock to me but there it is. I altered both to fit in with my old blogger alias once it became clear the changes were permanent whether I stayed plussed or not. G+ may be worth pursuing for a Luddite like myself and have more relevance than face book.  The Complete Storey

Notices have been posted the length and breadth of Hess-Kassoulet und The Tittanmuff to prepare the citizenry.
Posted by Unknown at 4:59 PM No comments:

I seem to have come to a limit with the pictures I can upload to my blog Duchy of Tradgardland! I couldn't post a picture this afternoon for this reason.Has this happened to any of you here in EvE land? What does one do. Mention came up of buying space.Answers in terms for the technologically challenged like me please ...
many thanks
Alan
Posted by tradgardmastare at 8:11 AM 2 comments:

From the Court of Dmitry IV of the House of Mikhailov, Grand Prince of Velikye Byelgorodniya, Duke of Kapusta Zemlya, Hereditary Hetman of the Cassock Horde, Count of Novi Byelgorod, Grand Master of the Most August Order of the Golden Cockerel, and Companion of the Order of the Ancient Spoonbill;

I being desirous to further the ties of friendship and amity between our two great nations, present our trusted servant, Count Pavel Romanovich Peripatenko, Diplomat, Famed Traveller, and Ambassador-at-Large of the Court of Velikye Byelgorodniya.

The Count speaks with my voice in matters diplomatic, and I trust that he will be able to make clear the road to closer alliance between Hesse-Kassoulet and The Principality during the course of his visit. Please afford him such courtesy and assistance as it is within your power to grant.

As an expression of my most sincere fraternal affection, I am pleased to confer upon Your Benevolence The Order of the Ancient Spoonbill, a chivalric honour within my gift. In the Heraldry of Velikye Byegorodniya, the Ancient Spoonbill represents the virtues of fidelity, steadfastness of purpose, and an assiduousness in sifting truth from falsehood. 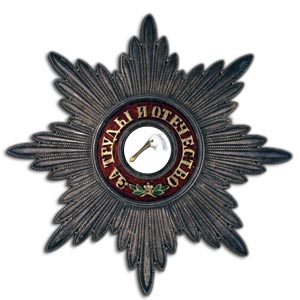 In conclusion, I hold the highest hopes for the future of the relationship between the Principality and the Landgravate, and trust that this small token of my esteem meets with your approval.

I would be most grateful if the Count were able to confer with your Court Astrologer, Signora Nareza Celeste. The Count is particularly interested in expanding his knowledge of the astrological aspects of the skies to the south of the Principality, a region in which we understand the talented Signora has considerable recent experience.

Please convey to Baron Von Der Trenck the best wishes of my beloved spouse, the Grand Princess Olga Anastasia, who sends her wishes for his speedy recovery. I have been given to understand that the good Baron overexerted himself while riding and put his back out.

Truly, the Baron is quite the raconteur, and has been a great comfort to the Grand Princess while I have been engaged with the unfortunate matter of the Nizhny Bublik Question. The Grand Princess has sent him a bottle of herbal liniment from her personal apothecary. 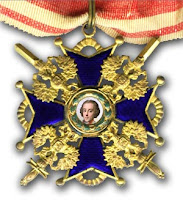 His majesty's victory over Hassan Muhtar Pasha west of Klow displayed cunning use of terrain, stoic defence, selfless courage and the inevitable triumph to which these attributes lead. The outcome represents the very essence of the order and it is the Herzog's greatest pleasure to make the award in due course.

Given the evident military prowess of King Ivan, the Herzog wishes to enquire if the exchange of military advisers would be possible, thus ensuring the ongoing improvement of tactical studies within both great nations. Stabshauptmann Gerhard von Blomphfart is ready to depart from Bad Übersetzung this very minute should His Majesty King Ivan agree to the exchange.
Posted by Millsy at 9:39 PM 2 comments:

News of a battle in Syldavia!

Messengers bring you news of a dramatic event - a battle in Syldavia!  What does this mean for King Ivan or Hassan Muhtar Pasha?  You can read about the Battle of the Zileheroum Marshes here:

Posted by Jiminho at 1:38 PM No comments:

Last weekend the great, mystical and blog shy von Goutstricken shew'd off some flags he had made for his Wineburg-Reisling forces which are gathering for an upcoming iNation campaign we have in the pipeline. His rather nice flags have prompted my sudden enthusiasm for my own Banner work, having had a bit of a turn (which necessitated an ambulance ride) recently I have had to give painting a bit of a miss, my hands and eyes don't seem to work on the same plane, dimension "what have you" and general Tom Foolery on the computer has been keeping me active and sane so why not sit down and work out flaggery.

Most of the work has been done with gimp and also the utilities paintbox, both free!

I have had to reduce the image quality for posting (the files were big'uns) but you get the general idea. Click to view larger sample

Tried a couple of different styles with the lower one needing a photo of some wavy bed linen, the black sheets were definitely a non starter. I don't think I'm going to give David Linienblatt (NBA) any sleepless nights but they didn't come out too bad, Dave's still going to get my work.  It has been a useful exercise in determining which elements work together and layout, for instance I have had the Coptic image for some while (in B&W) and it was nice to get around to colouring it and seeing if it would work for my flags.

Of course I need to get off of my arse and get my design thoughts fleshed out and off to Dave for my medals............ might use the 'puter for that as well.
Posted by Unknown at 5:47 PM 11 comments: 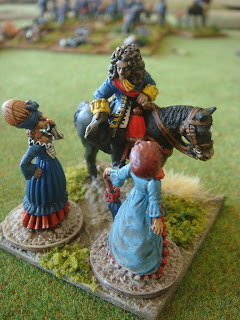 A fine Chap indeed!
See more at:
http://theholymormoanickingdom.blogspot.com.au/
FAREWELL!
Posted by trailape at 3:45 AM 2 comments: 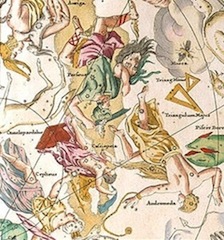 We send you our very own court astrologer the renowned signora Nareza Celeste to prepare, with your help, a personal astrological chart which promises to be all things auspicious, or so she tells us. 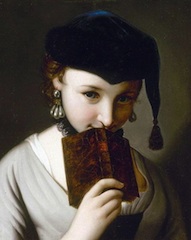 Erzherzog Rudolf Dascher Hansuppen II von Hessiansacken hausen Landgraff of Hesse Kassoulet welcomes Dimitry IV of the Principality of Velikye Byelgorodniya to the table of Electors and Emperors. We send our trusted diplomat Baron Frederick von der Trenck with a gift of a pair of fine mares from the Erzherzogs own stables. 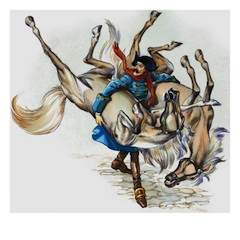 You are invited, as are all the EvE members, to join us at the Odd Fellows
Posted by Unknown at 4:16 PM 1 comment:

With thanks to Bluebear Jeff our new imagi-nations blog Die Kriege des Zobelshuts has today joined all the other wonderful blogs here on EvE.

Ours is a dual blog, the Principality of Velikye Byelgorodniya being ruled by my good friend Evan as Dmitry IV, with the Grand Duchy of Saxe-Coburn und Buchholz being under stern rule in the guise of Herzog Mikhail Johnann von Hollerenschaut IV.

We have a detailed map of both nations, along with the disputed province between us, however beyond that we are currently adrift in the world of imaginary Europe. Our best guess based on ethnicity, political leanings, etc. is that we lie between The Duchy of Mieczyslaw and the Duchy of Vulgaria. Does that make sense? Please let us know...

In closing, we welcome visitors to the blog, diplomatic overtures and of course the much anticipated cut and thrust of imaginary international intrigue.

Posted by NOMADIC OLD SCHOOL GAMER. at 5:04 PM No comments: